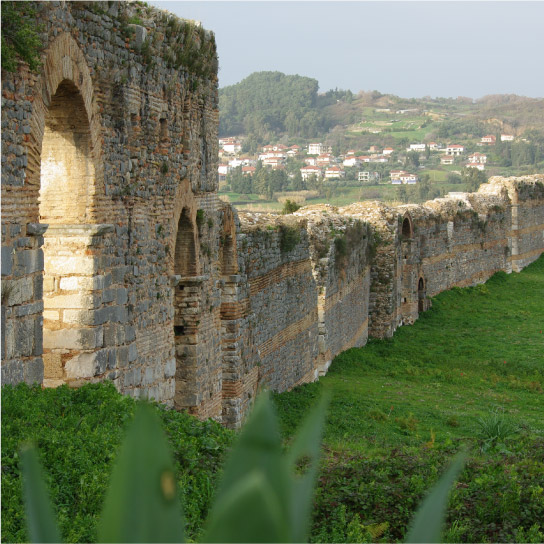 The archaeological site of

On September 2, 31 BC, at the entrance of the Amvrakikos Gulf, took place one of the most important naval battles of antiquity, the battle of Actium. The fleet of the Roman general Octavian, led by Agrippa, faced and defeated the allied fleets of the Roman general Mark Antony and Cleopatra VII, Queen of Egypt. Octavian August, on commemoration of his victory, established Nicopolis. The archaeological site is now the largest in size ancient city of Greece. Ancient Nicopolis is located right next to the namesake community of Nicopolis at the narrowest point of the isthmus of the peninsula of Preveza. Restoration and enhancement works are constantly ongoing in various parts of the site. 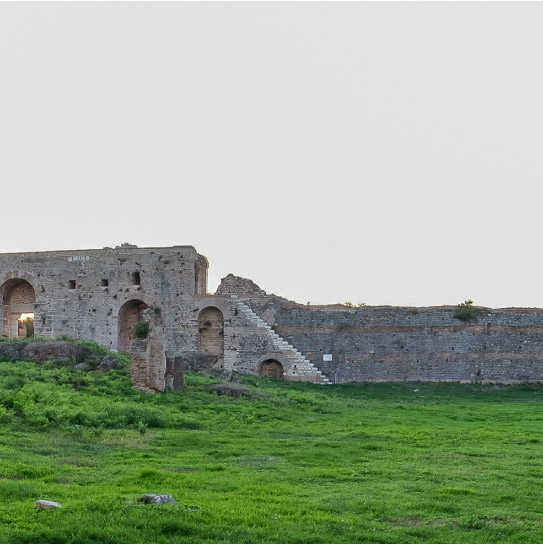 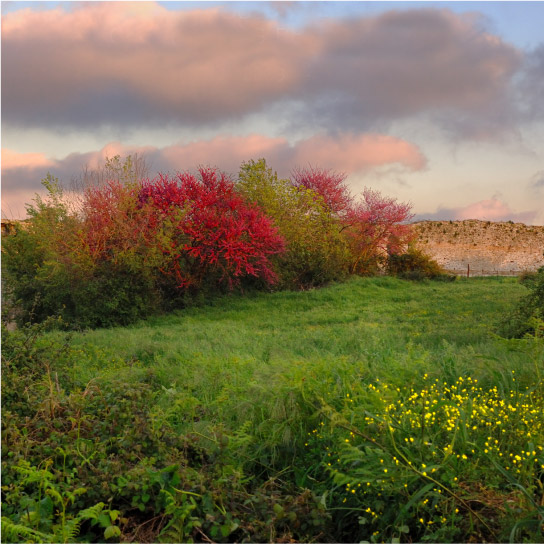 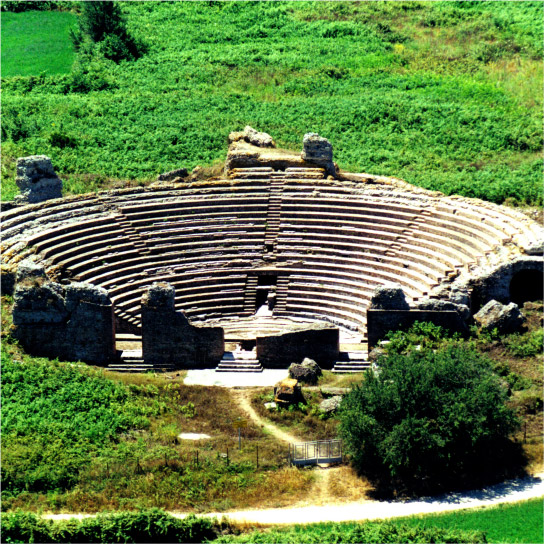 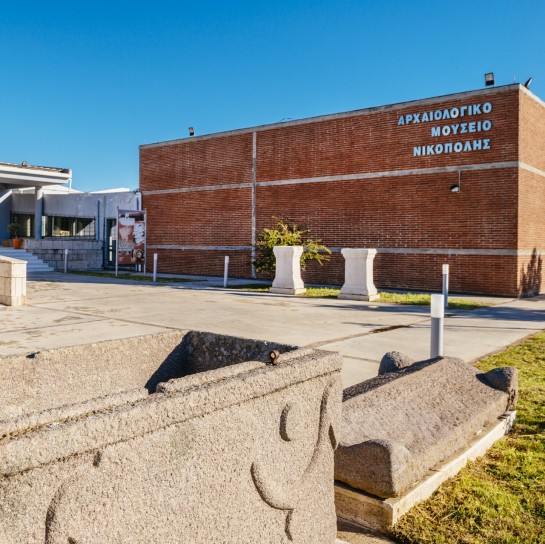 The new Museum of the archaeological site of Nicopolis displays the majestic Roman town -a symbol of victory of Octavian in the naval battle of Actium and the Nicopolis early Byzantine times. Hall A presents the establishment and development of the city until the decline and abandonment through architectural elements, altars, statues, busts, coins, ceramics, glass and metal findings. In Hall B temporal aspects of the life of the inhabitants of Nicopolis are exhibited, such as commercial and craft activities, daily life and their attitude towards death. At the exit of Hall B part of TabuLa PeutigeRiana is exposed, a copy medieval map marked with the location of Nicopolis. In corridors C and D the history of the site through archival material, including the history of excavations from the beginning of the 20th century, is displayed. 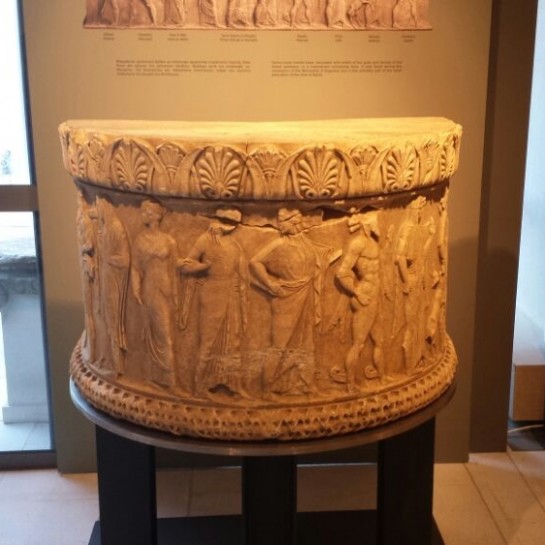 the entrance to the world of souls:

The Oracle of Acheron is 45 km. Northwest of Preveza, in the village Mesopotamos of Preveza, at the point where the river Acheron esmige with Kokytos and Pyriphlegethon, on the northwest shore of Lake Acherousian, which formed the entrance to the world of souls. The monument is built on top of a rocky hill in the plain of Acheron, which led the visitors from Akrotiri village Cheimerio Beach, to communicate with the souls of their loved ones. Homer in the Odyssey describes in detail the region during the descent of Odysseus into Hades. 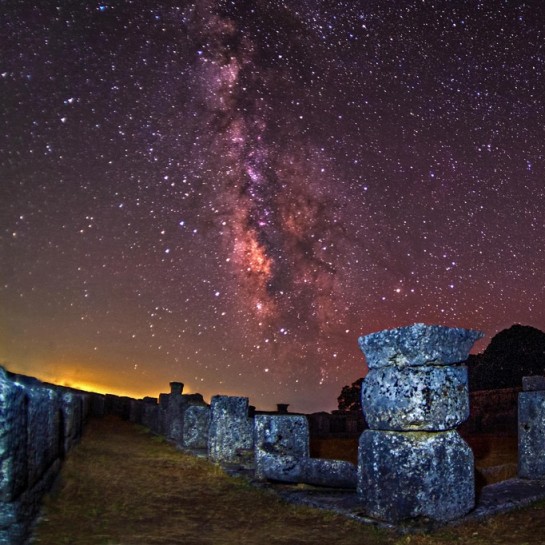 The archaeological site of Cassope stretches on a natural plateau on the slopes of wooded mount Zalongo. It occupies an area of approximately 350 hectares and is located 27 km from Preveza. Founded by Cassopea, a Continental foil industry Thesprotians and possibly later largely settled by Eleans and Arcadians settlers. Organized originally as “city – state”, was the capital of the tribe of Cassope. The city’s position as a key geographical point, provided the ability to control both the hinterland and the coast. The Cassope was built in the first half of the 4th century BC. Most important monuments are the Prytaneion, the Conservatory and the North Stoa. 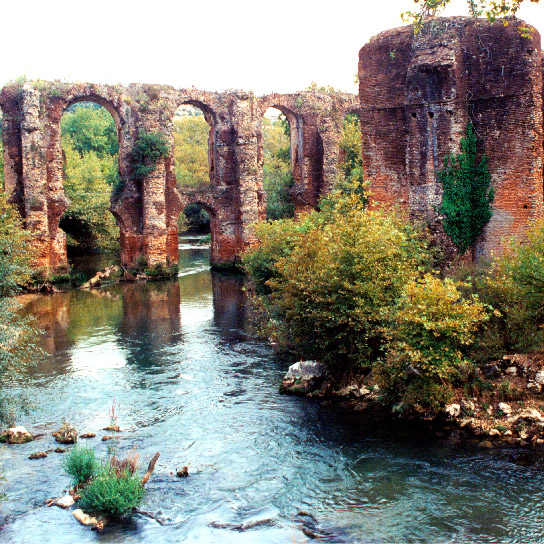 The Roman Aqueduct of Nicopolis is a wondrous work of ancient art, a superstructure of 50 Km length. The springs of Agios Georgios, in Louros river, ended in Nicopolis and the Roman aqueduct of Nicopolis is one of the most important engineering works of the Romans in northwestern Greece. The aqueduct, heading northeast – southwest, crossing almost all of the eastern, central and southern part of the prefecture of Preveza, covers a distance of about fifty kilometres.

This website uses cookies to improve your experience while you navigate through the website. Out of these, the cookies that are categorized as necessary are stored on your browser as they are essential for the working of basic functionalities of the website. We also use third-party cookies that help us analyze and understand how you use this website. These cookies will be stored in your browser only with your consent. You also have the option to opt-out of these cookies. But opting out of some of these cookies may affect your browsing experience.
Necessary Always Enabled
Necessary cookies are absolutely essential for the website to function properly. These cookies ensure basic functionalities and security features of the website, anonymously.
Analytics
Analytical cookies are used to understand how visitors interact with the website. These cookies help provide information on metrics the number of visitors, bounce rate, traffic source, etc.
SAVE & ACCEPT